I won’t be sharing the steamy details, I just wanted to get your attention. I will tell you some details though. After my Oct 1 post, I was fighting to keep a good attitude. I was at the hotel, 50 yards away from where she was working, and I emailed her. I told her basically the same thing that was in my post 1 October. I felt the need to communicate and email seemed the best way. After that we talked, we got to understand each other better and it all worked out better than I could have expected. I won’t tell you any steamy details, but she’s coming Friday for the weekend. I already told the Fundgirl and I will tell P this evening: No way! I won’t date more than one person at a time.

Here’s some pics of the Brac. That thing on my back is called a scuba tank. That’s how the cave man dived before rebreathers were invented. the first pic was taken by J.C. of Houston Texas, USA. He and I were dive buddies when the IO Girl was working. I have my camera in my hand, taking a picture of a crab and a seashell inside the barrell sponge. I am NOT touching the sponge, nor did I touch it. 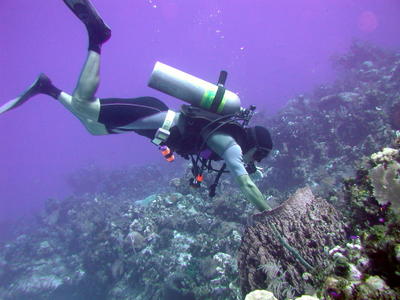 I took this one of the IO Girl. 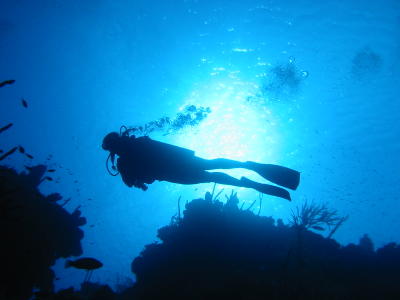 0 thoughts on “The Steamy Details”