I’m at work, right now I am copying files from one drive to the other, so I thought I’d post a quick post.
I went diving as planned, but this time I really have to retire my old wetsuit, I was putting it on and it ripped. Here’s a pic of the rip in the side. When I was taking it off, it ripped even worse. I bought that wetsuit in 1985 when I was visiting my parents to wear in Hawaii. I never made it back to Hawaii, I accidentally ended up on the East Coast of the US for 11 years before I came here. It was a good wetsuit. If anybody finds a 3mm farmer john wetsuit with the zipper in the front, let me know! I want another! 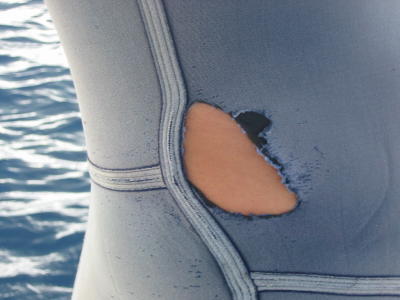 The dive today was good, I was crinkling the bottle, my buddy said he saw a shark but I didn’t see it. The visibility wasn’t very good, and the current was going down! It was warmer deep than shallow. When we got near the surface, we could look up and see it was raining really hard. In this underwater pic of my dive buddy swimming up to the boat, maybe you can tell it’s raining. There’s another boat tied up behind ours, you can barely see it. It’s my buddys friends boat. 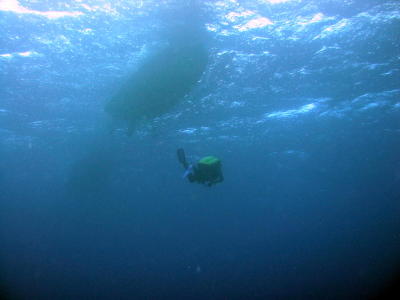 Here’s the same boat, following us back, you can tell it’s raining in this one. 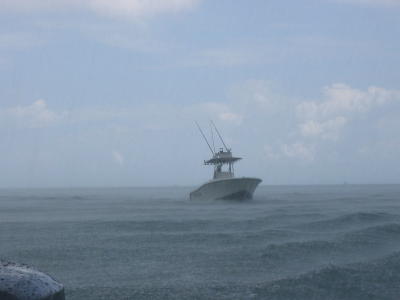 0 thoughts on “Sunday Night at WORK!!”