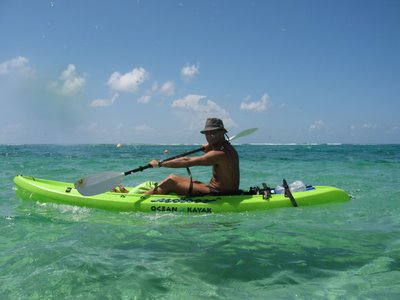 On my kayak
Yesterday morning I went with a couple friends out to the island I mentioned in the south west corner of the island. It used to have trees and a lighthouse on it, but was totally destroyed by Hurricane Ivan. In fact, it’s not even quite in the same place any more. I grew these plants to plant out there. They are nasty spike plants with needle sharp iron hard spikes. But they seem to grow in pure sand with no water. Yesterday I planted them there.
It was a beautiful sunny day. But coming back in my car about lunchtime, it started raining very hard. There were localized thunderstorms on the north side of the island. 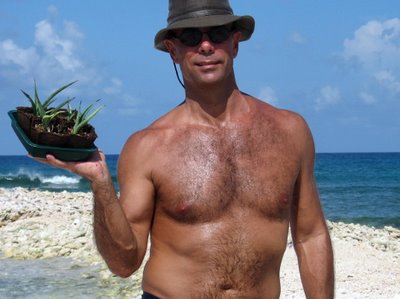 Getting ready to plant the plants 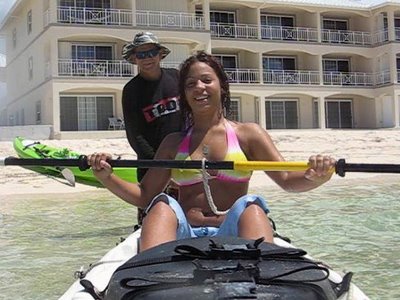 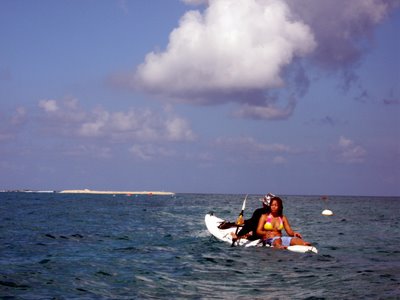 On the way out 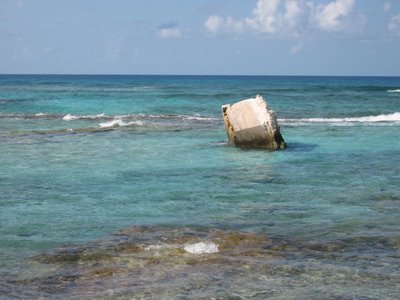 T
he base of the lighthouse, which is tipped over. This used to be the west end of the little island. (It’s much bigger than it looks in this pic)
After I dropped off my friends and unloaded the kayaks, I went to the beach, it had quit raining, but it was cloudy. So I headed back south (heading south is supposedly good, north is bad). But is was still cloudy. So I headed east. It stayed cloudy. My car overheated. It got sunny. I turned around and went to the gas station and got radiator water, and decided to head home. I drove home in the nice sunshine, and got home about 5:30 PM, un-beached. If I had just stayed at the beach where I was at first, all would have been well, but I drove all over the place and missed it. I was beachless yesterday afternoon.
But there plenty of beach and sun in the morning, so I can’t complain too much but I can complain
just a little.

0 thoughts on “Just a little”