I feel really good. I have a smile on my face that feels permanent, like a dolphins, but unlike a dolphins grin, which doesn’t mean anything, my permagrin is very much indicative of a good mood!
I’m glad it’s Friday, I am so looking forward to the weekend. I doubt there will be any diving, because of the weather, still going on. But it will be good to check out the new beaches that Hurricane Wilma Left for us (or took away). It’s been cloudy so long, my nose has lost it’s nearly permanent sunburn! 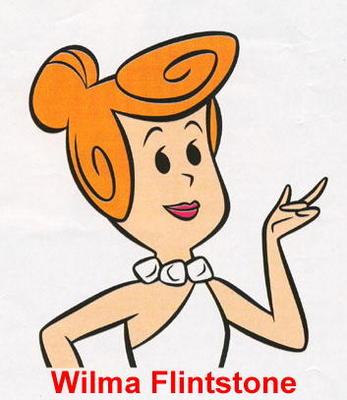 I think
Hurricane Wilma was named after Wilma Flintstone, famous actress and supermodel of the ’60’s.

I was going to ride my bicycle into work today, but I decided against it. On the mandatory daily morning dog walk this morning, it was still cloudy and there was lightning. Not to mention windy. This week gasoline was $4.08 a gallon. ($4 CI equals $5 US) I’ve heard that it is now $4.18. I definitely need to start riding instead of driving, but I think I’ll start next week.