No jokes here. I woke up at 5 and was listening to the radio, and it quit, so I got up and went in and fixed it. We play the BBC at night, and since the guy dropped the tree on the satellite dish, we are geting our BBC off the internet. Sometimes it drops out. The new dish is at customs, without an invoice, so I can’t get it out till I get one from the BBC guys, who were supposed to email it but I haven’t received it yet. I’m also working later today, an outside broadcast. The IO Girl is mad at me, I went to bed early last night (10 minutes till 10) and had my phone on silent and she was calling and calling. This morning she said that if something happened to me, she’d have no way of knowing. I called her before I went to bed, she was working late and didn’t anwer either, I left a message.
I felt OK till I talked to her just now. I’ll be better again in a few minutes.

Here is a picture that has nothing to do with nothing, I laughed when I saw it the first time. 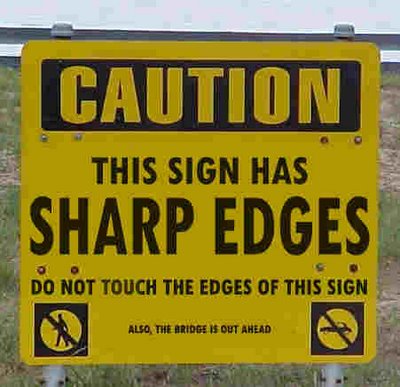