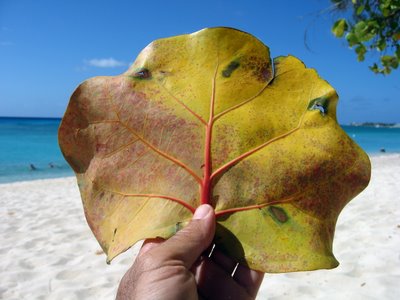 Last night, a friend of mine was looking at a bunch of old photos. Old Photos, like some from the 50’s on up. There was one picture he didn’t know who it was. I told him to make notes on the back of the photos, because now it was one photo unknown, in a year it will be more, till nobody knows who anyone is in the photos. But the whole thing made me start thinking about my family. On my Mothers side, my Aunt made a family tree. It’s like a whole book. On my Fathers side, I mentioned it to my cousin once and we wrote down what we knew, but nothing too in-depth. I think it’s something that should be done, trace the lineage back, but it’s the kind of thing I procrastinate about till it’s too late. And as time goes by, information is lost.

Here’s a picture of a leaf I took yesterday on the beach. It kind of fits the subject.