Today is the day. 10 AM is my fathers funeral.

The flight yesterday was OK except my ticket said United but everything was USAirways. So my mother couldn’t find my flight at the airport.

thanks for the comments yesterday. In reality my Dad died when he got sick, he’s been gone since then. It’s better now that he isn’t suffering any more, and that he didn’t live for years in the vegetative state he was in.
I fly at 1 PM. I’ll be cleaning the house. (Seems like the only time I clean is when I leave the island and I don’t want the dog babysitter to know what a total pig I am. Kinda like someone who only brushes their teeth right before they go to the dentist!) I also clean when I anticipate visitors.

I brush my teeth every day. More than once. FYI

After an exchange of emails and phone calls, the OI Girl and I are giving it another go. 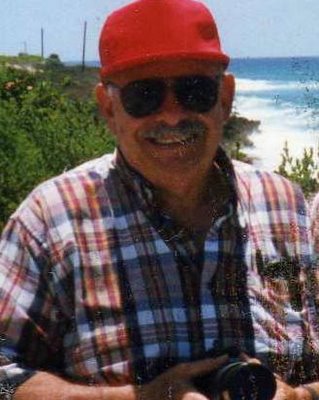 My Father passed away this morning. 1 AM. It’s good he didn’t stay a long time in the state he was in.

Additionally, it looks like the OI girl and I have broken up. Not quite sure exactly what happened there.

Today will be expensive. My car is ready. They did a lot of rust removal (I found a big patch under the carpet in the back. And they fixed my famous oil leak. I never had to change my oil, just add. (My car doens’t really leak oil, it just marks it’s spot)
I got paid Wednesday, but have been so busy I haven’t made it to the bank. I have to pay all my bills. And grocery shopping. And the OI Girl wants me to go see her.
It was hard to wake up this morning.
I hope to do a dive this weekend, and have made plans to kayak with a friend who has never been.

But it’s a great day now!

Yesterday was a good day. I didn’t get to go to the beach, but it was a good day.
There is another radio station in town. It is very close to our studios. Because of their location, they create a lot of noise and interference on other stations, especially one of my two. Their engineer and I came up with a plan to move them out to the same tower my transmitters are on. There were others coming up with plans too. Yesterday, our plan was chosen.

Today, I don’t think there’s much that can keep me from the beach for a little while at least.

I don’t know what to post about today, I worked till about 10:30 last night, and my split shift today is filled in by a Chamber of Commerce luncheon, we carry the speeches live after the lunch part.
I can tell my legs are getting in shape from riding my bike back and forth. I haven’t had my car for about a week. I should get it back any day. Today, I predict! Next comes the engine work, it leaks oil, and having my car for a week made my mechanic appreciate what that means.
Also, today is PAYDAY! I get paid once a month. Last month I had two airfares and a lot of expensive junk and I hope to re-coop from that at least partially. I have some big bills coming up though, I just hope I can get caught up to date. I can. But I have to pay the duty for my land I bought, and I should have the certificate of ownership any day now!
It feels like this week has already been 10 days long at least. It is good to be busy, I feel better. Exercise helps too.
AND I should be getting the materials for my college course today. (It’ll be late, packages always are, but soon!)

Last night I had a dream I was in a waiting room, someplace like the place where you get your drivers license, or a doctors office. There was several people standing in line with me, a little kid and his mom, a pretty girl who smiled at me when she caught me looking at her. The little kid and I were making faces at each other. I remember I felt good and I was happy. I was standing in line in a tank top, shorts and flip flops, I think I just came from the beach. The girl was sitting in a chair, she had brown hair past her shoulders, and she was wearing a blue skirt and a green shirt. Suntanned legs. There were several people in line, a nice clean, modern well-lit waiting room.
I remember the song on the radio, it sounded like Steven Tyler:

Baybeee,
Baby Baybeeeee
Won’t you love me one more time?

Over and over.
Finally it was my turn, and I went in this office. This guy gave me a form to fill out. When I got done, he opened a drawer and I was surprised when I threw my pen in the drawer. I thought “I won’t be needing that any more”. In the drawer, neatly folded, was a filthy denim shirt. It had some serious ring around the collar. It was filthy-filthy. I didn’t want to put on such a dirty shirt because I was nice and clean but I figured it really didn’t matter. I asked “What’s that shirt for? Handling the dead body?” He said yes and gave it to me to put on. Then he started to lead me into another room and I realized in my dream that I already knew I was there to be put to death.
Then I woke up, angry that I would have such a dream, and sad too. It was weird that I would report for death and just accept it, without fighting or struggling or running, like it was normal. I don’t think anyone else in the line was there to be put to death.

reading this makes me want to cry.

I’ve been simutaneously tagged by Shoo Shoo, Daisy and Froggie Mom to do a list of 5 things:

In my purse/wallet:
Drivers license, American Express (don’t leave home without it) A key to my car (usually, but not now, since my car’s in the shop). Insurance card and government fuel card. very little money

In my Closet:
Clothes, shoes, a half dozen or so wetsuits, multimeter, and boxes of books and computer parts.

In my Car:
XM receiver, a stuffed animal that my ex-niece gave me, A friendship bracelet that an ex-girlfriends daughter gave me, a big bottle of water for if I need to rinse off after the beach, usually my bailout bottles for diving but not now, because my car’s in the shop.

I tag: Restless Me, Southern Sweetheart, Ashman (’cause he never says much, just posts pictures), Moxey Poxey, and Anduin. 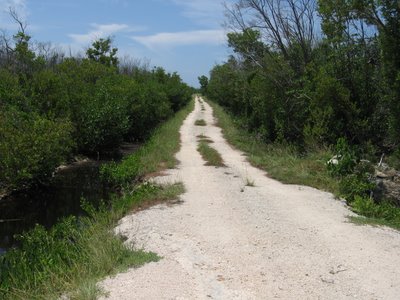 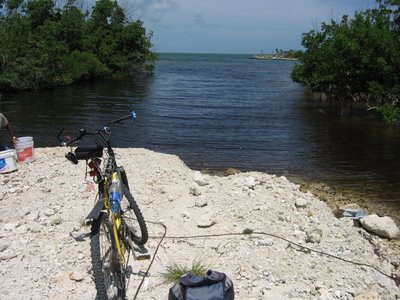 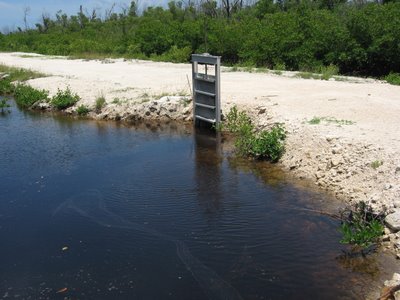 I went to the beach for a long time yesterday. I’m working on my tan. It seems like nothing happens though, except my white parts get whiter! I did a little snorkeling but it was a little wavy so low visibility. I have a thermometer on my watch and it showed 130 degrees F in the sun. Did you know that whenever they say the temperature on the TV or Radio that it is always in the shade? I like it hot! The hotter the better. I’ve seen 142 degrees F on my watch before.
Today is more of the same. Beach.

I have two laptops and two desktop computers. The laptops are Windows XP. The desktops are Windows 2000, commercial version, no serial number required. To me, 2000 has always been better that XP. But almost everyone I know disagrees. I’m thinking about putting 2000 on one of mylaptops, just to see how it works. I’m worried about the drivers. They came on my Toshiba CD that came with the laptop, but I wonder if I can EASILY extract them for windows 2000 to use. . .
Maybe I’ll give that a go today.