April 17th is my blogs birthday. A year ago I came here and wrote “What is this? I came to read stuff and now I have to write stuff”. I didn’t know what blogging was, I just came to look. Happy Birthday Blog!

Yesterday evening I got back from visiting the IO Girl. It was good to see her. Better than I thought it would be. I had been getting kind of irritated and tired of it all over the phone, but it wasn’t like that in person. I don’t know what the future holds, I violated my “no long distance relationship” rule. things are good with her though, I’m not complaining. The reality disrupts the negativity that grows in my brain.

While I was visiting the OI girl. I climbed the tower and temporarily fixed a section of one of our two antennas. The view is spectacular. Here is an unspectacular “my style” of video. Shaky and jumpy and short. I take these videos with my camera, which is not a video camera. I’d like a video camera someday. Also I was hindered in my movement by my safety harness. I was securely tied to the tower. And the sun was kind of low. the camera stops on the broken part of the antenna, a bolt broke and the plates are supposed to be holding the antenna to the leg of the tower. You can see only the end of the other bolt because it is behind the antenna. I have to go back and fix it properly ASAP! Here’s some pics too. 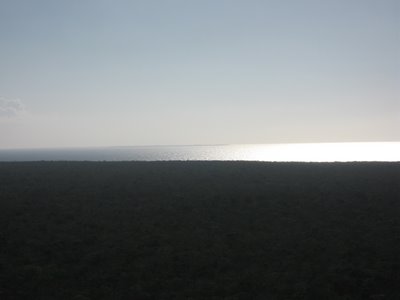 The west end of Cayman Brac and on the horizon, the east end of Little Cayman. 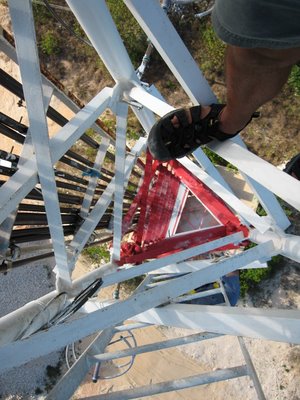 Looking down the center of the tower. 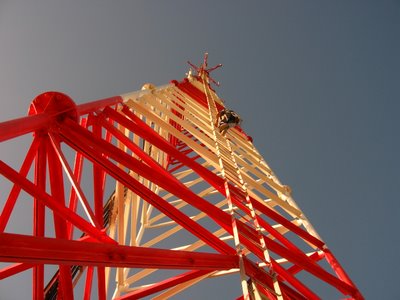 Chris, who who looks after things on the Brac when I’m not around, (which is most of the time) coming down the tower. 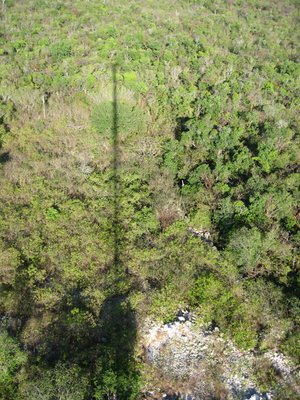 The towers shadow from near the top of the tower. (do you see MY shadow?)

Today I want to go diving. (Here it’s a holiday, because of Easter) I haven’t been diving in a long time.

0 thoughts on “Happy Birthday to my Blog!”